Book Returned to Manitou Springs Community Library after Many Years 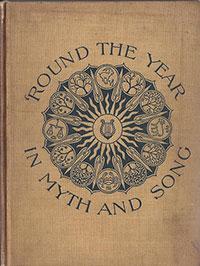 The Manitou Springs Library recently received an old book (copyright 1897) with a typed letter explaining where the book has been the past few years. It is a touching story of a book that affected a patron many years ago, traveled the world, and returned.

As a kid, many years before Manitou Springs became a redeveloped historic community, I spent hours and hours as a latchkey child with a single mother discovering classic books in your library. I remember the Manitou Springs Public Library as a mystical place of knowledge; an historic building whose contents fueled a desire for learning. Based on a desire for knowledge, I kept up my grades throughout school, eventually earned a scholarship to University, and graduated with a bachelor degree.

One of the numerous books I checked out from your library was a 19th century picture book with delightful poems, photographs and stories about ancient Greco-Roman mythology. I had intended to return the book; however it was inadvertently packed in a box of belongings and moved from the area when my family suddenly relocated. Unfortunately, this was in the days before the Internet. I do not recall seeing the Manitou Public Library’s address anywhere within the volume, and could not return it.

Eventually, after numerous relocations throughout the world, the book was finally lost … perhaps in a box that was not delivered … perhaps in a truck … or perhaps some divine deity from our mythological past decided enough was enough. Wherever that volume disappeared to, it was gone from the bookshelves that had temporarily lent it a place to rest during its global travels.

Recently, I happened to remember the name of that volume and searched for it online and was delighted to learn it was neither an expensive nor a rare book, and there were numerous copies of it available so I ordered a volume to replace the missing book. That volume turned out to be a second edition; apparently this may have been quite a popular book for several generations of school children. Then I searched again, and found a first edition; printed in the 19th century, as I had remembered.

Enclosed in this package is that first edition of Round the Year in Myth and Song to replace the inspirational book of my childhood, to which I had become attached throughout the years before it was lost, so that it may return to your historic shelves, where I first found it many, many years ago. I hope you will accept my apologies for not returning the original book before it mysteriously vanished, and also my thanks for the gifts of knowledge and desire for learning that I received so long ago, as an elementary school kid who discovered a world of adventure within a small building in Manitou Springs.