Q&A with Susan Orlean, author of The Library Book 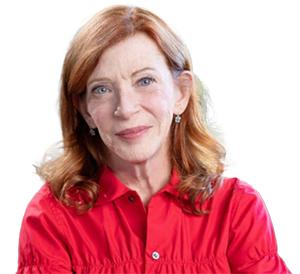 The adult selection for this year’s All Pikes Peak Reads program is The Library Book written by acclaimed author, Susan Orlean. PPLD Senior Librarian Heidi Buljung recently had the opportunity to chat with Susan about her latest book, the value of libraries to communities, how it felt to be portrayed by Meryl Streep in a movie, and what Susan learned about libraries while writing The Library Book.

Heidi: The Library Book has been chosen as Pikes Peak Library District's All Pikes Peak Reads' adult selection this year. Every year, the program has a theme, and this year’s theme is “reinvention.” In what ways do you think libraries are places of invention and reinvention for people and patrons who visit them?

Susan: I think I can answer the question in two ways. To begin with, libraries have always adapted to the moment. For many centuries, they were primarily repositories of books. They were really in the vanguard of seeing other forms of media as being appropriate for being in their collections. So, the library of today is different from the library of 20 years ago, and that was different from the library 20 years before that. It's been a constant and ongoing process of reinvention. I think libraries have been remarkable in that regard. They have really never seen themselves as museums of books, but rather, these living, breathing information centers, and whatever form information comes in, libraries have embraced it. I think that's why they've remained vital.

I think another way of looking at this, though, is that libraries are also tools of reinvention. And in their earliest iteration, one of the main missions of a library was to educate people, and to give them the tools to reinvent themselves. In a sense, they were sort of an open university, and that has really remained a constant. We see this now with libraries offering GED programs and citizenship courses. There are all these different ways that a library makes itself available for an individual to say, ‘I want to learn about something new,’ or ‘I want to expose myself to a new set of information.’ You know, libraries, at their core, have always been about that transformational property.

Heidi: On a little personal note, I'm a librarian because my mom took me to the library when I was a kid. Getting to the book, you talked about going on those trips with your mom to the library; those memories were stirred for you when you took your son to visit the Studio City Library. Can you share a little bit about why those childhood visits to the library were so important, and how they helped to shape who you are today?

Susan: There is a way that they figured in my memory and my emotions as a kid that just defies explanation. There was something magical about going to the library. Even as a little kid, I had the kind of freedom to pick what I wanted and make my own choices. The actual act of going with my mom just felt full of mystery. I can't explain it other than to say that books have some magic and libraries have some transformational quality that, even as a kid, you sense. It made me an avid reader. And there's no doubt in my mind that being an avid reader led to me being a writer. I have no doubt that that's where the seeds were sown.

I think going to the library and seeing this incredible array of books is quite different from going to a bookstore or going on Amazon and ordering the book you want. And, you know, browsing a library has different qualities. I think it's even different from browsing a bookstore, because you've got old books, you have books that have long since been out of print, and you have obscure oddball books that might not appear in a bookstore. In a library you really dive in and see the extraordinary range of curiosity. I think that really inspired me. That changed the way I looked at the world and made me appreciative of the range of stories and interests that a library presents.

Heidi: The Library Book has been described as a love letter to libraries. How does that make you feel to hear that?

Susan: It's absolutely wonderful! When I wrote the book, I had begun with the idea that I wanted to write something about libraries. I just felt like they're such interesting institutions and they've endured. Do you know why? When you think about how much society has changed since the first library was founded, it's so interesting that we still make libraries, and we still care so deeply about them. I just instantly thought, well, this is a subject that I'm really curious about.

Then the story of the fire, which was a very dramatic story really interested me. I didn't go into it thinking “I'm going to write a tribute and a love letter.” Yet, of course, the whole reason I did the book is because I love libraries. So, it almost came as a wonderful surprise to me to in retrospect to say “Oh, of course. Of course, it's a love letter!” These are remarkable things that we humans have created and preserved, and the way they function is truly good in this world. But I have to say, not to sound too cynical, there's something really amazing about thinking of a place, particularly a public institution, that you feel like it's just good. It's full of goodness. And that made me really happy.

Heidi: I want to ask about the cynical expression that you have when someone has died, his or her library has burned. And you explain a little bit of that in the book. Can you just explain that, again, for purposes of this interview, why that quote, that expression is so poignant?

Susan: Well, it operates on many levels. On one level, it suggests that we each contain in our minds and hearts, a sort of library of a lifetime of stories, experiences, images, memories that our minds have sort of organized, like libraries. Everything we know, all the knowledge we have, as well as all of the memories and more personal information we have, disappears when we die. But the poignancy also is that libraries themselves exist almost like a communal soul. Everything that a culture knows, values, thinks, and cares about is contained in a library. And, if an actual physical library burns, you've lost this entire sense of a culture.

Heidi: Awesome. And we have one final question. So, Jeremiah, who's in internal communications with the Library District, is a big fan of [the movie] Adaptation. He wanted us to ask you specifically how it felt to have Meryl Streep play you in a movie?

Susan: Well, it's wonderful. I mean, if you're going to have the weird experience of being portrayed in a movie, which is, in itself, a very bizarre life experience… If you're going to have somebody do it, Meryl Streep would be the person you'd want. And you know, it doesn't make it any less weird, but it made me feel that I was having brain surgery by a highly trained surgeon, as opposed to being hit by a truck. And I love the movie. So, you know, my feelings about it are very positive.

Heidi: This was so much fun! I know PPLD is really excited to feature your book as part of All Pikes Peak Reads this year. Thank you so much for the time today, and we really appreciate the opportunity to connect and talk about your book.

This article originally appeared in the Fall 2022 edition of District Discovery.