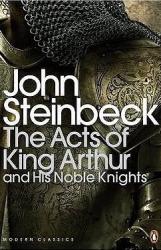 The Acts of King Arthur and His Noble Knights

The Acts of King Arthur and his Noble Knights by John Steinbeck is a vivid retelling of the already immortalized myths of legendary Arthur Pendragon and the knights that serve him. I enjoy the stories contained within and it is wonderful to have all the myths collected in one spot and rephrased by Steinbeck. However, there is one recommendation I have for readers and that is to go slowly because the wording in the book itself is fairly complicated and the text sometimes switches into extended metaphors without warning, leaving the reader lost and confused. I would not let this stop you from reading it, the book itself is amazing and the stories of King Arthur are captivating. I would recommend this book to everyone who has an interest in mythology or old stories, or simply anyone who wants an entertaining and captivating story. 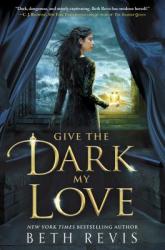 Give the Dark My Love

Nedra wants nothing more than to become a medical alchemist (think magical doctor). When the opportunity arises for her to spend one year at the best alchemical school in the country, she jumps at it, even though she knows it means leaving her twin sister and her parents – perhaps forever. Nedra quickly jumps to the top of her class, but when a plague breaks out and starts killing commoners, Nedra finds herself out of the classroom and into the hospital. As she studies the plague, she realizes that it might not be entirely natural. Anyone around her could be responsible for its rise, even those that she trusts the most and she turns to a forbidden form of alchemy, necromancy, to try to find the answers.

The book is narrated by two characters, Grey and Nedra. Nedra was an enthralling character. The book follows her as circumstances get progressively more dire and she does what she has to do to survive and keep her twin sister alive. Her inevitable descent into darkness felt earned and real. Grey is Nedra’s classmate and love interest, and I didn’t mention him in the synopsis because he was entirely unnecessary to the book. I think he just served to give an outsider’s perspective on Nedra, but his chapters read as wholly superfluous to me. Perhaps he’ll have more of a role in the sequel?

The alchemy and necromancy themselves were quite cool, aside from the cruelty to rats. The cruelty is addressed and makes sense (one could argue that we use lab mice in a similar fashion), but might be upsetting to animal lovers. The first part of the book, while not fast paced, was still fun to read as we got to hang out with Nedra quite a bit in the hospital and learn about her craft and motivations. As she experiments more with necromancy, the book gets twisty and dark, and I really enjoyed the ending. There are also some fun political machinations and a revolution brewing in the background, all of which add to the immediacy of later plot points.

If you enjoyed a good villain origin story, such as Marie Lu’s The Young Elites, Tamora Pierce’s Tempests and Slaughter or the TV show Breaking Bad, you should give this book a read. I enjoyed it, and I think I’ll like the sequel even more when it comes out in a year or so. 3 stars.

Thanks to Razorbill and Netgalley for the eARC, which I received in exchange for an unbiased review. Give the Dark My Love will be available for purchase on 25 September, but you can put your copy on hold today! 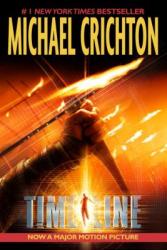 It’s been a while since I read any Michael Crichton. I thoroughly enjoyed Jurassic Park —and to a lesser extent, The Lost World . I enjoyed the action and the science that went into creating these stories, helping to educate as well as entertain (kind of like my own writing style, if I do say so myself :D). For Timeline, the science in question is more quantum in nature, but I felt the explanations given were sufficient to arrive at a time-travel narrative, even if it did require a small amount of scientific hand-waving. Also, a lot of my perceptions about the dark ages were completely flipped around through this book’s meticulous details.

Even though I liked the scientific and historical sections of this book, there were undoubtedly some weaknesses I cannot overlook. First of all, Crichton seems to like hammering home the idea that science as an entertainment business is a bad idea (a la Jurassic Park) but the corporate sub-plot seemed a little less thought out and didn’t play too much into the grand scheme of things. As for the main plot itself, it seemed distracted most of the time, rarely remembering why these characters were sent back in time in the first place. Some of the characters weren’t even that compelling either, which didn’t help.

I wanted to like this book more, but by the end of the narrative, I got the sense that this was more akin to an action-movie screenplay or video game plot than an actual book. The countdown to the climax was a little hard to keep track of earlier in the book, and it didn’t provide the needed tension early on that it did near the end. Plus, the characters were usually the ones calling out the timestamps anyway, making it mostly redundant. In the end, there were some neat ideas regarding quantum physics, time travel, and history that makes Timeline an educational read, even if it is only once.

A Crichton book heavy in action, but light on plot, I give Timeline 3.0 stars out of 5. 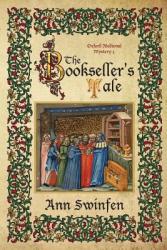 It is a truth universally acknowledged (at least by my friends) that a person such as myself, in possession of historical studies, must be in want of a good medieval mystery. Sadly, I found Ann Swinfen's first book in her Oxford Mystery Series to be only so-so, not even qualifying as good. I admit, too, that I am rather spoiled by having read many of Ellis Peters' Brother Cadfael Mysteries and all of Mel Starr's Chronicles of Hugh de Singleton. Perhaps if I had not done so I would like this series better, but I cannot assess it any other way than having encountered medieval mystery before. The Bookseller's Tale opens with bookseller Nicholas Elyot of Oxford living a quiet yet sad life, his wife taken by the Plague, his widowed sister living with him (for the same reason, the Plague took her family) to care for not only him but his surviving children. All is going along fairly well until a young student who frequents is found murdered by Master Elyot, dumped unceremoniously in the river Cherwell. What ensues is a long trail of details to catch his killer by himself and the murdered student's academic teacher (why not the local Sheriff or Bailiff, I'll never know). The book is excellent at descriptions of how a bookseller's life in the mid-1300s would look. Who they might employ, who would be their friends (academics, it seems), and the layout of hearth and home and Oxford. In truth, it was more like The Time-Traveler's Guide to Navigating the Streets of 1350 Oxford than a mystery at times, Ms. Swinfen takes you on a twisty-turny journey through streets that I assume are mostly non-existent today. I would have preferred less detail of streets and business and more interesting plot, I found myself missing the intrigue of Ellis Peters and the straightforward style of Mel Starr. Not even illuminated books and stolen property were enough to spice it up, as I found myself plodding along on rabbit trails with Master Elyot. As a result I was rather bored about 2/3 through and didn't particularly care why the young man was murdered, though I did finish the book and went "Oh." at the end. But again, this could be just me. Maybe to others it will be exciting and the perfect accompaniment to a rainy afternoon and cuppa by the hearth. 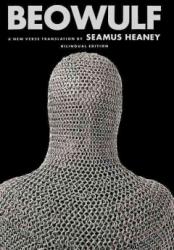 The mighty hero triumphs over evil and saves the people from utter destruction. Sound familiar? Of course it does, it’s the basic plot line of the cliche hero’s tale that everybody knows. However, all of these tales most likely spawned from Beowulf, the oldest surviving English poem written in Anglo - Saxon around the 11th Century A.D. Beowulf is an epic poem that begins with Hrothgar, King of the Danes. Hrothgar’s people live in peace when they are attacked and threatened by a monster named Grendel, who kills off the Danes everynight in their mead-hall, Heorot. So in comes Beowulf son of Ecgtheow, a mighty warrior from Geatland who promises to defeat Grendel and bring prosperity back to the Danes. Beowulf is an amazing poem as it not only tells the classic tale of the epic hero and his journey, but contains hidden meanings aside from literal. Beowulf has no known author, but contains elements of factual history, which tells us this may be a tale describing actual events. This piece of literature is a traditional master piece and should be preserved as an example of how words and tales can evolve over decades. Reviewer Grade 12. 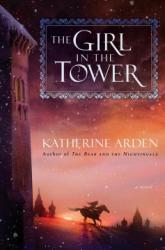 The Girl in the Tower

A Mass for the Dead

This exciting historical mystery tale takes place in 14th century Scotland. The Prior of Oronsay, an unpopular and unsavory character, is found strangled on the beach, his mouth stuffed with sand. Muirteach, the crippled bastard son of the Prior is assigned the nearly impossible task of finding out who of the many people who had motives to end this man's life is the murderer. Susan McDuffie, in her first published novel, very successfully introduces her readers, via this suspenseful plot and surprise ending, to what is to become a series of mysteries involving the main character, Muirteach.