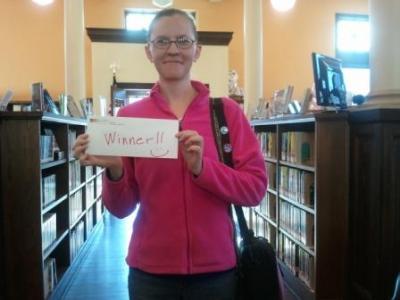 Old Colorado City Library is pleased to announce the winners of our essay contest, My Westside--Our Voice. Our generous Friends of the Library supported this programming with a $100 prize for first place. The winner, Sarah Pottenger, is also published in the November 21, 2013 edition of the Westside Pioneer. Enjoy reading her essay along with our runners-up, Andrea Corley and Victor Shepard.

Your Westside is My Westside Now, by Sarah Pottenger - Winner

I’m a third-generation Colorado Springs native, and I’ve never wanted to live anywhere else. I grew up near Academy Boulevard, but some of my best memories are of visits to the Westside, whether to visit my parents’ old haunts, see the house where my grandmother was born, or just to take the car to the mechanic. Driving to the Westside was an event, taking half an hour.

I lived in that same house off Academy for twenty years. Then my family downsized from our house to a duplex just north of Old Colorado City. We moved here in 2010, and though it was a terrible move, we were here. For my parents, returning to the Westside was like coming home. For me, it was a dream come true. Every week one of us remarks that we still can’t believe we get to live here, even after nearly four years.

As a lifelong reader, I love the Old Colorado City Library. We can drive there in just a few minutes, or walk in half an hour. I probably visit three times a week, and it’s the prettiest, friendliest library in town. We’re also just minutes away from Fire Station #5, housing the wonderful firefighters who not only came to our rescue when my bedroom flooded during the September 12 storm, but also arrived within moments when my dad suffered a heart attack right before Christmas last year.

When we were children, my brother and I loved to come to the Westside. The Creamery was (and still is) our favorite ice cream shop. We liked to visit souvenir stores, dipping our hands into wooden bins brimming with polished rocks. My parents pointed out houses belonging to friends and relatives. My mom told stories about running downhill from school and spending nights with her grandparents, one set on Chestnut and one set on Uintah.

I have always loved it here. I pinch myself every day, hardly believing that I get to live here, that every time the car heads west, I’m going home.

The Circle in the Square, by Victor Shepard - Runner-Up

It’s funny how memories work. The passing of fifty five or so years doesn't diminish the desire to somehow recapture the beauty and love that were experienced so long ago. I know the ice cream was much sweeter and creamier then. The flowers my grandma raised were much more fragrant than flowers are today. And most definitely people were so much kinder then. People didn't have the apprehension and distance that is so prevalent today. At least that’s the way I choose to remember it.

Every child looks forward to summer and my summers always included visiting my grandmother in the “burg” of Colorado City. This was the main highlight of every summer and a time that I remember fondly. Grandma’s house was only a block away from the library where I read the adventures of the places I was going to visit one day when I was “old.” In close proximity were the drug stores with real fountains like Cooper-Lidke and the Rexall, a good place to get a chocolate or cherry Coke. Then I’d buy a fifteen cent wooden plane at the Duckwalls, which would last about ten minutes. In the center of this playground neighborhood was a park to play in with a central square and the treasure of the town, the first capitol of Colorado. This park was a hub where the entire neighborhood was welcomed and encouraged to come to.

Wednesday nights in the “burg” were the most special because that was the night when there was square dancing in the park. Although I was only six or seven, it was a weekly ritual that included special food and more importantly, staying up late. I’d get to wear my little cowboy boots and western shirt and get pinches from my grandma’s friends. Watching the big people in their fancy clothes, swiftly moving through difficult dance maneuvers, was quite a sight. But they all seemed happy and certainly appeared to be having a good time. Eventually, the inevitable happened, grandma wanted me to ask a very apprehensive little girl to dance. I was not a completely willing participant in the process but the coaxing finally compelled us wee ones to join in the confusing mob moving to an old man’s call on a screechy microphone. We were both confused and afraid of being trampled by the big people as they sashayed and promenaded around in close order. Somehow we devised our own rhythm and moves and somehow managed to avoid serious contact and injury. The more time we spent dancing the more fun it became. The dance seemed to last late into the night, and I must have been especially tired, as my grandma was forced to carry me home.

Yes, memories can cause us to smile and dancing can still wear me out but I wouldn't trade a moment I've experienced for half a dollar. I still love the park, the band shell and the fistful of valuable and memorable experiences that Bancroft Park has given me throughout many happy years.

I am a transplant, not a native Westsider. I came here to college and really never left. I have lived in the same place on the Westside for 46 years. I married a local man with Westside ties – railroad ties. His grandfather bought one of the railroads that traveled through the Westside to Cripple Creek a century ago, tore it up, sold the rolling stock and made a toll road for automobiles on the CS&CCDRY bed. It is now called the Gold Camp Road.

Yesterday, driving with a friend on Lower Gold Camp Road, we passed the ground-breaking for a new facility east of my friend’s home at The Village at Skyline. She did not know what is to be built there, but reading the current Westside Pioneer I learned it is to be a memory facility called Morning Star at Bear Creek. I thought” how fitting” in an area full of my family’s memories. The road we were traveling on next to this new facility was once-upon-a-time the initial part of what was called the Corley Mountain Highway. It was gently graded for train traffic first, as the route west out of Colorado Springs to the foothills for the railroad nicknamed ( because it was) the Short Line to Cripple Creek. Now a city street, Lower Gold Camp Road has become, according to Bill Vogrin in the Gazette, a race track for prospective buyers testing their new cars.

Next time you are there, testing or not, imagine the trains going and coming on that very roadway, loaded with freight or gold ore depending on the direction of travel, plains or mountains up ahead, tracks and ties, not tires, underneath you. Then, remember the clickety-clack rhythm of any train ride you have taken, and this becomes Time Travel for the Twenty-first Century with memories of your own. For me, a transplant in my adopted neighborhood, it becomes ties to my family members in their own time and place.