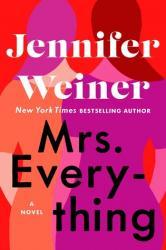 Surprisingly good. I was expecting more of a lighthearted chick lit experience, but it was a compelling read that delved into the lives to two sisters over a period of time. I'm not sure what the title has to do with the story but still a very powerful story. 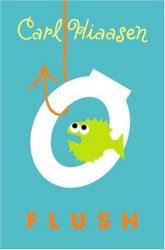 Noah's dad is in jail for sinking the Coral Queen, a gambling boat that dumps raw sewage into the pristine water of the Florida keys. A fun adventure, Hiassen delivers yet again. So far he has done no wrong. I listened to this on cd and was not impressed by the narrator, but Zoe loved the parts she heard and wants to read it now. If that's not a tribute to the book, than I don't know what is.

Book Review: Orange for the Sunsets 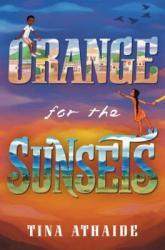 Tina Athaide’s debut novel, Orange for the Sunsets, is a story of friendship, resilience, and perseverance. Written for the middle grades and set in 1972, Athaide helps readers examine who and what they call home. It’s the story of Ugandan best friends, Asha and Yesopu, who don’t see their differences until Ugandan President Idi Amin announces that Indians have 90 days to leave the country. Asha, an Indian, and Yesopu, an African, are torn apart. Journey with them as they learn that letting each other go may be the bravest thing that they can do.

Chomp is a book written by Carl Hiaasen. I would rate Chomp five out of five stars. In Chomp, Wahoo’s mom is on a trip working in China. The main character, Wahoo, and his dad, Mickey, get hired for a TV job. Their family is tight on money, and they are trying to pay off the mortgage of their house. While Wahoo’s mom is in China, he and his dad go on a rollercoaster of exciting events working for the show. It has a very exciting plot and swallowed me into the book. It is a funny tale about the love for animals. I enjoyed the character’s humor and how Wahoo reacted to tough problems. I loved this book and would recommend it to others. It is in a series, but it is a standalone book. I would recommend reading all of the other books in this fantastic series. The author is an amazing writer. That is why I would recommend Chomp to you.

Book Review: A Void the Size of the World 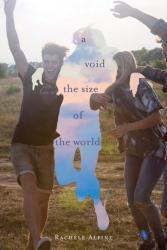 If there was one word to describe this book it would definitely be "yuck". It's like when Squiduard took over Spongebob's shift for a day and instead of a krabby patty he fried a boot. It has absolutely no plot. there is paranormal activity that we never figure out and we don't know what happened to Abby. If i could rate this a -10/10 I would. 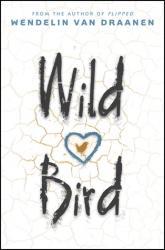 Wild Bird, by Wendelin Van Draanen, is an amazing, unforgettable book that you won't be able to put down. The theme of Wild Bird is that anyone can transform their lifestyles and become better people. This book's main character is a willful, fourteen year old girl named Wren whose biggest fault is being unable to say no. This has lead her to be involved with the wrong crowd and make very bad decisions, including smoking weed, shoplifting, and even being a drug runner for her "friend" Nico. One day, Wren ends up in the hospital, being both wasted and having drugs in her system. Her parents used to believe she was "sick" but this day in the hospital they realize she's been lying to them. Before she knows it, Wren is sent off to an eight week camp in Utah that supposedly helps change the lives of people her age with similar issues and addictions. Wren is extremely angry at her parents and the doctors and everyone who she thinks may be to blame for sending her here. But there in the desert of Utah, Wren learns to survive and she begins to realize over time that maybe it isn't their fault after all, and that maybe, just maybe, she needs to change her life around. In the desert, Wren has to face her feelings and realizes that there is no escaping her mistakes.

This book is amazing. I love the way the author created the character of Wren. She's willful, which at first was a weakness, but she later uses it as a strength. She's courageous and as the book goes on you just fall in love with her. I recommend this to anyone who may be struggling with an addiction, anyone who knows deep down in their heart that their life needs change, and, of course, to any readers who love books with adventure and drama.

Book Review: All Rise For The Honorable Perry T. Cook 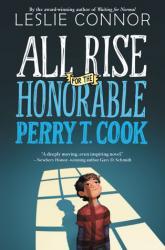 Have you ever felt like you were ever in a situation others thought was terrible, but you felt was normal and were happy with? If so, you should consider reading the book "All Rise For The Honorable Perry T. Cook". Perry is a young boy who grew up in jail, but never committed any crime. Once his mother was placed in prison, she gave birth to Perry while held behind bars.

Perry has grown a family at that facility, and loves his mom and all the workers at the jail. However, Nebraska gets a new district attorney who realizes what is happening to Perry. He believes the situation is terrible, and sends him out to a foster family.

Perry must find a way to get back to his mother, while learning about the new home he has been placed in. Can he ever find a way back to where his life lies? This is an amazing book for anybody who's ever felt their life was stolen from them. I highly recommend you read this book if you have any interest in doing so. 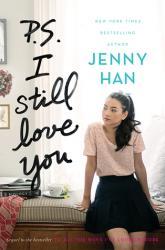 In the follow up to To All The Boys I've Loved Before, Lara Jean continues to charm and delight us in another unique story of love. Lara Jean and Peter Kavinsky are together-- for real this time. Lara Jean is trying to figure out how to make a real relationship work when another boy who she sent a love letter to-- John Ambrose McClaren, suddenly re-enters her life. At the same time, Lara Jean begins volunteering at a nursing home, and makes memorable friends who help her navigate her high school life. Lara Jean is just as charming and relatable as in the first book of the series and I immensely enjoy her voice and personality. Readers should know that this book focuses a lot on Lara Jean's middle school years, and explores her friendship with Genevieve more than in the first book. By the time the novel is over, readers will feel as if they have known Lara Jean all of her life. Lara Jean's family is still as much an important part of the plot as her relationships are, and fans will be delighted to know that Kitty is just as sprunky and unique as in the first novel. The reason why I only rated it 4 stars is that the book takes a confusing turn with Lara Jean's feelings for John Ambrose. I personally did not enjoy their connection because it felt like she was forcing Peter out of her life for someone who she thought was better. I also felt that she was overly nostalgic and pained about why her and Gen's friendship ended in the first place. All in all, I enjoyed this installment to the series, but not as much as the first one. 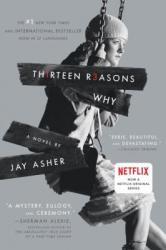 Hannah Baker, a seventeen year old girl at Liberty High... dead. Clay Jensen
doesn't know what to think when he finds out his crush killed herself. Two
weeks after the night Hannah dies, Clay finds a box on his front porch for
him. Inside the box, he finds tapes. There is no return address so he doesn't
know who it is from, but he listens to the tapes anyway. While listening, he
finds out these tapes are from Hannah Baker, and anyone who got the box of
tapes, were responsible for her death. Clay spends all night listening to
Hannah's story but he wonders if he did anything that might have made Hannah
kill herself. He is unsure if he wants to continue listening to them, but his
friend Tony, who somehow knows about the tapes, helps him listen to them. By
the end of the book, Clay knows what Hannah has been through, and pays
attention to others, to see if they might be going through a tough time like
Hannah did.

I enjoyed reading this novel from Jay Asher for many reasons. One of them was
that this novel helps us understand that there may be more to other people's
lives than we know. It also tells us that anything can have an impact on
someone. Even the smallest things. I have learned to be cautious of what I
say or do in front of others from this book. Thirteen Reasons Why also shows
us the harsh reality of the world. Some schools have bullies, and it is up to
us to stand up to them. This novel from Jay Asher has taught me to stand up
for what is right, and to not listen to rumors. Rumors are rumors. You don't
know if they're true or not.