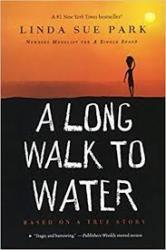 A Long Walk To Water teaches about water conditions in South Sudan, Africa. The story is told from two perspectives, a girl named Nya and a boy named Salva. The reader follows the story of Salva and Nya’s journey through Sudan with little water, and little family. It’s an interesting book and it teaches about how important our resources are in our real world. I am someone who hates to read, and I was assigned this book to read for a school project, and it wasn’t bad to read. 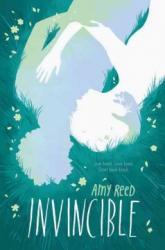 Evie has just been diagnosed with terminal cancer, and she's agreed to stop
treatment, prepared to face the bitter end. That is, until by sheer miracle,
her cancer completely heals and she can move on with her normal life again.
However, everyone still sees her as Cancer Girl, and she's unable to live the
life she thought she gained back. That is, until she meets Marcus. To her,
even with the danger involved, he is the light at the end of the
tunnel,making her feel invincible to all harm. However, she had no idea she'd
soon be on a winding path down the drain.

This is a story that gets more and more depressing as it goes on. Already
dealing with the depressing topic of cancer from the start, you'll soon find
yourself jumping into topics of death, loss, abuse, and drugs. Since this
comes right from the eyes of the main character, this book has an almost
unbearable pain leading up to a depressing and nerve-racking conclusion. This
book is beyond criticism. 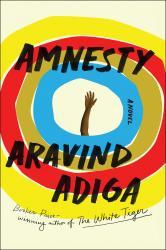 Danny is an undocumented immigrant from Sri Lanka living in Australia. As he's undocumented, he works as a cleaner and gets paid under the table. One day, he is contacted by the police as one of his clients had been murdered. Danny realizes that he likely knows who the murderer is, but has to decide whether or not to share that information with the police. If he does talk to the police, his undocumented status will likely be discovered and he would likely be deported.

This book spans one day in Danny's life, but flashes back to show you how and why he ended up as an undocumented person in Australia. And wow, that's a hard, scary life. The book both calls attention to the unfair, and frankly quite Draconian, immigration policies of Australia and presents a really interesting ethical dilemma. The central question of the book is kind of "what do we owe to each other"? Does Danny have a responsibility to turn in the murderer, even if it means his own life will be irreparably changed for the worse? Danny grapples with this question for much of the book, and it's a really interesting thought experiment. Really, my only complaint is that the last third or so of the book is really repetitive; I found the first two thirds to be fairly riveting.

Thanks to Scribner and Netgalley for the eARC which I received in exchance for an unbiased review. Amnesty is available now. 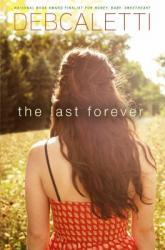 After tragedy strikes a family, Tessa is left alone with her father who doesn’t know how to grieve the death of Tessa’s mom. Her dad's way to fix their grief is to embark on a last minute road trip which lands them in her grandmother's coastal town. While Tessa tries to grieve she also asks her grandmother about the numerous questions she has about the past, questions about her mother and questions about her dad. Her dad leaves her alone with her grandma but the longer she stays there the less she wants to leave, especially after she meets the very handsome Henry Lark. She can’t help but wonder if she goes home if she will be faced with crippling grief over her mother and forced to take care of her delusional dad. She does her best to live in the moment and enjoy the time she has left with Henry before she leaves. Although it wasn’t my favorite romantic novel it is an enjoyable book and was fun to read. 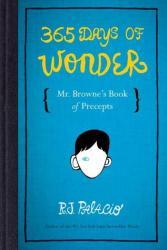 After reading the critically-acclaimed book WONDER by R.J. Palacio, a family member bought me this book for Christmas. It technically has no plot but instead gives you a positive quote for every day of the year. Each quote and the book included is displayed creatively and colorfully to really amp you up all day every day. This book is called "Mr. Browne's Book of Precepts"
so, at the end of each month, there is a short story told by Mr. Browne teaching the audience lessons. I would recommend this book to any age group, if you're into life-lessons and positive quotes, then surely you should barrow this book (or buy it for year-round use). Reviewer Grade: 8 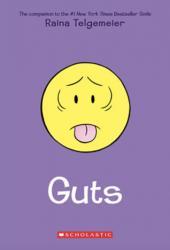 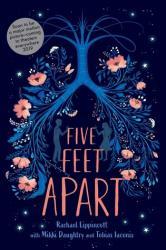 A story of a chronic illness, and the five feet that separates two people from life or love.

Stella has cystic fibrosis, which is an illness that causes buildup of mucus in the lungs. Most patients, if they never received a transplant, drown from the mucus itself. However, Stella has hope; but as that hope seems to be dwindling down, she meets a boy by chance, Will, who shows her how beautiful life really can be. No longer is her mind filled with death, but it’s filled with pure love and happiness. But here’s the catch, Will had cystic fibrosis as well, and his is incurable. “Five Feet Apart,” leads us through an enchanting love story of two teens who can never touch, never feel, never hug each other. They love in ways you can’t explain, and even though they know their love is short-lived, they stay together, through every breathable moment.
(Reviewer Grade 9) 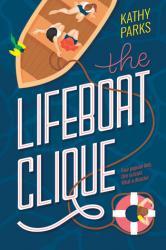 A story of social classes and hierarchy in a world under collapse.
Teenager Denver Reynolds has always envied the popular kids. But when catastrophe strikes, she must pull herself together and work with the people she despises most. You would think that a tsunami would put people in their places, but the terrifying reality of popularity is that it's infectious and makes people privileged. But when Denver and the popular kids are faced with life or death, it makes sense to try to work together. "Lifeboat Clique," is filled with laughs and riveting backstories. With know-it-all Denver, country-girl Abigal, flexible Sienna, dumb Haley, and egotistical Trevor we learn how people can put their differences aside and see each other for who they truly are and what unique abilities and useful characteristics they possess. Overall, "Lifeboat Clique," is a must-read, with twists and turns you'd never expect, it will leave you holding your breath; all you gotta do is jump right on in.
(Reviewer Grade: 9) 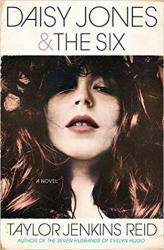 A Fun book about 70s rock and roll. It made me wish I could hear the songs they wrote. The author did a good job of describing the music and the volatile relationship between the two main characters. I would love for this to be a movie if it isn't already. Oh, I see it's being turned into a TV series. Cool. 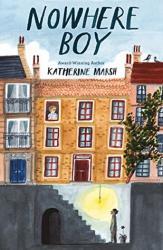 Fantastic! Ahmed is a 14 year old Syrian refugee that has been orphaned and left with no money and no place to go. He ends up in Brussels and hides in the wine cellar of a house. Max, whose family lives in the house, discovers him and they strike up a friendship. What follows is a story of loyalty, determination, and desperation. The ending almost made me cry. The book brings up questions about whether or not countries should accept refugees and how to determine who is good and who is a terrorist. I definitely recommend it to everyone, as the plight of middle eastern refugees should be known to all.