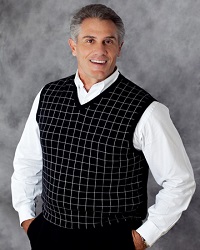 David Tracy was born and raised in Denver. He was a Division I athlete at Colorado State University where he graduated in 1977. Upon graduation, he began his career in the publishing industry. He worked for the Denver Catholic Register, The Rocky Mountain News, Boulder Daily Camera, and The Denver Post. He retired early in 2006 before he started his own media company, fueled by his US Patent on a media indicia delivery system. His company and patent was sold in 2014 before his final, official retirement. During COVID isolation, David began work on his first book which was published in November of 2021. 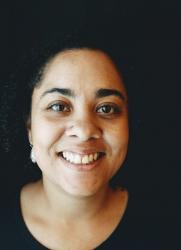 Rebekah Tyne McKamie is a Christian Author residing in Calhan, Colorado. She has lived in Colorado her entire life, only leaving the Colorado Springs area for three years to attend Adams State College (University) in Alamosa. Rebekah has been gathering up truth and adapting it into books for over a decade. In February 2020, she launched Settings Christian Publishing, LLC, with the hope of making books more beautiful and inserting more Biblical truth into Christian literature. She believes: “A word fitly spoken is like apples of gold in settings of silver.” Proverbs 25:11 Mrs. McKamie is a Youth Pastor’s wife and homeschool mother of three. She sings on the worship team and ministers to the youth of her community through her church, Rocky Mountain Calvary – Ellicott Campus. Above all, she is thankful to serve a loving, gracious God. 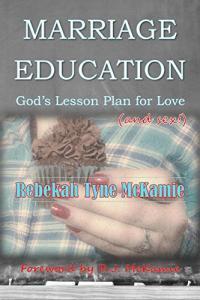 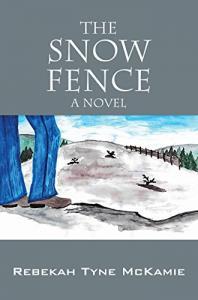 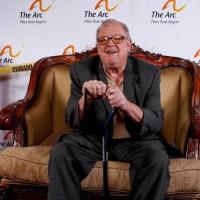 William Edwin Baxter was born on October 11, 1954 in Fullerton, California. He was born with developmental disabilities, but has strive not to let his disabilities defeat him in life, but to go above and beyond them by accomplishing great things and inspiring others to do the same. This became his legacy. He lived most of his life in Orange County, California; but currently lives in Colorado Springs, Colorado. On July 9, 2016, William suffered a massive pulmonary embolism which almost ended his life, but he survived. Had he died in the E.R. at Memorial Hospital, his legacy would have died with him. Realizing this, he began to write his first book, entitled W.E.B. Tales (W.E.B. is his initial name for William Edwin Baxter). The book was published as an e-book in May 2018, and as a paperback in July 2018. Other books have been published since W.E.B. Tales which can be found on my author page on amazon.com: https://www.amazon.com/William-Edwin-Baxter/e/B07GC44FVR 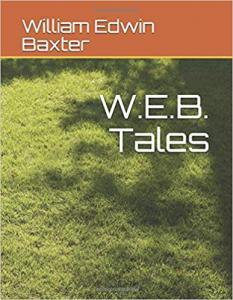 Interviews
Going Above and Beyond (The Story Project, PPLDTV)
Change of Heart (The Story Project, PPLDTV)
Organizations
Member of Toastmasters International since November 1990
Speaker Availability
Yes
Speaker Topics
I would like to talk about "Going Above and Beyond" disabilities and other obstacles which can stand in the way of working towards one's goals and achieving them (as chronicled in my keynote speech: https://webblog305448100.wordpress.com/2020/02/05/w-e-b-keynote-address/) 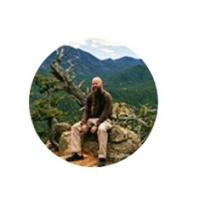 Andrew served in the United States Army for 22 years and is a retired Master Sergeant. Upon retirement, Andrew and his family chose to reside in the Pikes Peak region to continue their Christian service within the military and veteran community. 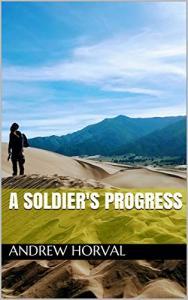 A resident of Colorado Springs since 7/2015. Active writer and translator. Have held three book-signings at Bookman bookstore on Colorado Avenue since October 2017.

Jamarr Holland is a new author who lives in Colorado Springs. As a teenager, he became interested in writing poetry after viewing the 1989 film Dead Poets Society. He has a wide range of interests, which includes pseudoscience, different belief systems, current events and everything in between. He is also a huge X-files fan and comic book geek. 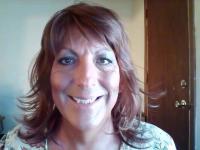 I was still living as a man when I moved to in the year 2000. Having been outed as transgender, and fired at the Prep-School where I had been working, I was recruited at the National Librarians' Conference to be the Coordinator of Information and Technology at Mitchell High School, where I was again outed and fired. In 2007, after being outed and fired at CollegeAmerica, I transitioned to living full time as a woman. My storytelling-performances in The Story Project in Colorado Springs and for The Secret Society of Twisted Storytellers are viewable on YouTube. I also sing karaoke and do an occasional standup open-mike. 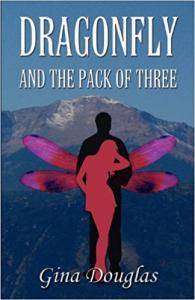 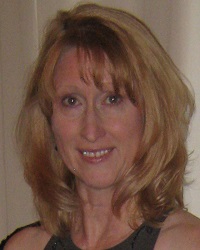 Jodi Bowersox has never liked being put in a box. Over the course of her life, she has been an actress, seamstress, designer, business owner, homeschool teacher, kid's choir director, and artist, so it's only natural that her writing would take on an eclectic flare as well.

Her romance novels span genres from faith fiction to suspense to time travel to sci fi with small town and big city settings. Several have won awards from the Colorado Book Awards, the Colorado Authors League, and the Colorado Independent Publishers Association. She has also been named a finalist in the American Fiction Awards and the Killer Nashville Silver Falchion Awards.

In addition to novels, she has children's picture books to her credit under the name J.B. Stockings that include her new series of books for birth to three that she calls Sing-a-Story books.

As an award-winning watercolor artist, Jodi specializes in pet portraits and has illustrated a couple of her children’s books herself. A Tale of Two Kitties and Cats feature some of her favorite pets. You can read more about Jodi’s writing and other creative endeavors, as well as read samples of her books, at jodibowersox.com.

Jodi lives in the heart of Colorado Springs with her husband and too many cats where they never get tired of looking at the mountain views. 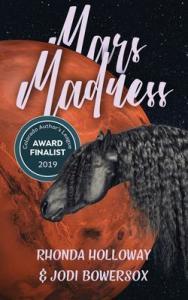 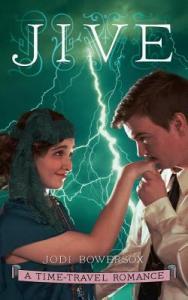 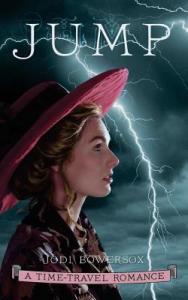 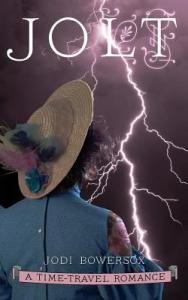 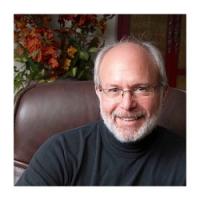 Growing up in a farming community alongside the Missippi river filled me with a sense of adventure. I would look at maps to see where that ever-moving brown water may carry me. I traced the route downstream and pictured the people I might meet. In my mind, I took that trip a hundred times. In the library, when I discovered Mark Twain, I took that trip along with Huck and Tom. Today, viewing Pikes Peak through the window near my writing desk, I consider how wonderful God's creation is and renew that feeling. 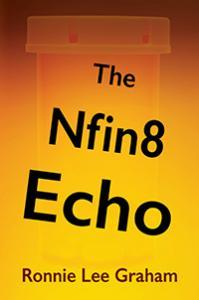 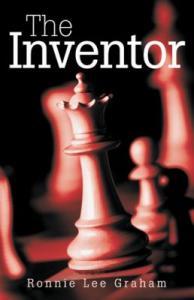 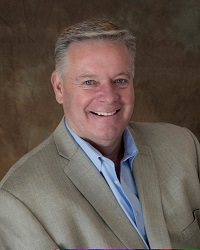 John Wesley Anderson, MBA, is a published author, storyteller, and TEDx speaker. He enjoyed a 30-year law enforcement career, retiring at the rank of sergeant after 22 years with the Colorado Springs Police Department, followed by 8 years serving as the elected sheriff for El Paso County, Colorado. After being term-limited as Sheriff, John retired from public safety and was employed in homeland and corporate security for ten years in the private sector. He retired from the Lockheed Martin Corporation in 2012 to launch a consulting business allowing him the freedom to pursue his love of history, writing and the arts. In 2022 John was honored to receive the Golden Quill Award from the Friends of the Pikes Peak Library District. Although John has traveled around the world, including several adventures on a catamaran sailing the Caribbean, three corporate security assignments into a combat zone on the Horn of Africa and landing on an aircraft carrier at sea in the Pacific Ocean, he remains most fascinated by the rich history and art discovered in his own backyard in the American Southwest. 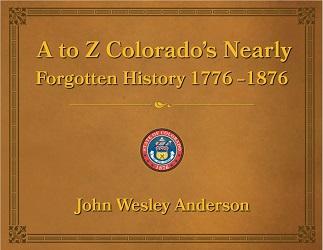 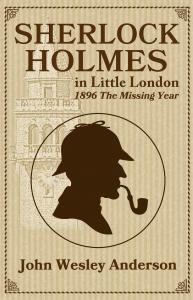 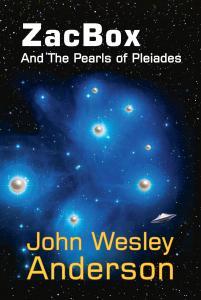 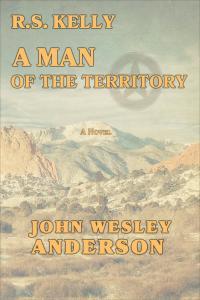 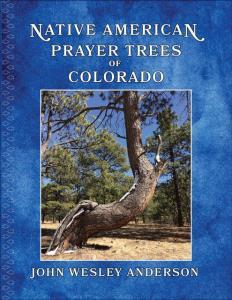 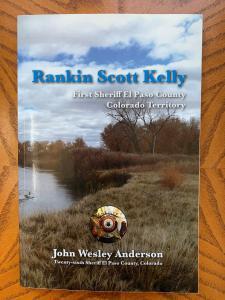 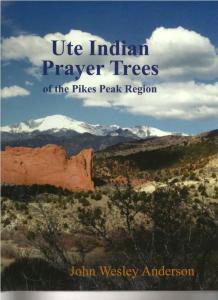 Speaker Availability
Yes
Speaker Topics
John is available to give presentations on his books or short talks for book clubs (either virtually or in-person).
Subscribe to Religion/Spirituality