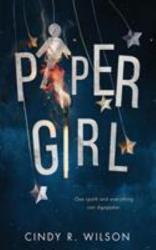 Paper Girl is about a girl whose world is caving in around her, and is not able to cope very well with it, until a boy comes into her life. All the characters are so well developed and all have great backstories. The whole book is a big question if she will overcome and has you wondering the whole time, which I loved. Something that I did not love about the book is how the main character's mental illness is portrayed. It is very hard to relate to I feel, unless you have felt similarly. This did not take much away from the book's overall greatness though. I would recommend this book to anyone looking for a good, cute teen romance book. 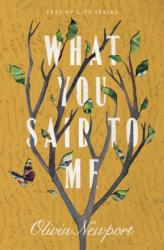 What You Said to Me (Tree of Life Series #4)

This fourth in the Tree of Life Series by Olivia Newport is another unique story, weaving present day characters with prior generations. Meet Tisha, a 15 year old trying to find positive family relationships amidst her troubled life which leads her on a challenging and rewarding search. Set in Canyon Mines, this small mountain town unearths unexpected historical documents of her ancestors that just might change Tisha's future. It is an excellent read for both history and genealogical fans. 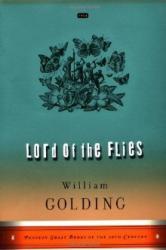 Lord of the Flies

This book begins with the crashing of a schoolboy's evacuation plane, which leaves them stranded on an island and left to fend for themselves. It is rich in figurative language, although it may be hard for some people to understand because it is written in old-style English. Symbolism is a strong component as well, considering that this book is an allegory, so paying attention to every detail and symbol is important. The author wrote the characters to display a mental change, which emphasizes how the lack of civilization transforms these young schoolboys into feral beasts. The ending of this novel sums it up perfectly and explains any actions that might've confused the readers when enjoying this book. 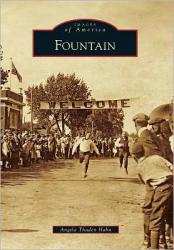 Living, working or driving by a community, one can take for granted that each location has a history or story to tell. Since I've been working at Fountain Library for the past two months, I decided it was time to learn about its history. Orignially, it was home to tribes of Ute Indians that roamed and lived off the land. Around the time of the Civil War, Rhode Island native, Thomas Owen found some well water acreage in an area aptly named "Fountaine qui Bouille" which translates to "The Fountain that boils." What follows is a pictorial history of how this community developed, from farming to ranching, and train transporation of goods, to the arrival of "Camp Carson" that was built during WWII. Like every other town, Fountain has a rich history and long time residents that are proud of their community, including the author who is a native in the neighboring area. A recommended read if local history is your cup of tea. 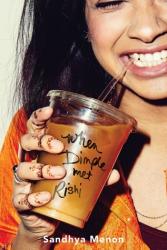 Sweet book, but the main character was annoying. Calling coding a passion like art is not something I can get behind. I code for a living and it definitely is not a passion. But that's my perspective. Maybe it is for others though, I don't know. The love story was sweet and the glimpses into Indian culture were very interesting. 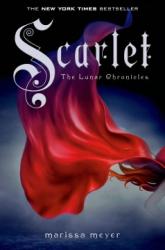 The book "Scarlet" by Marissa Meyer is a twist of "Little Red Riding Hood," where the main character, Scarlet Benoit, lived with her grandmother until her grandmother disappears. While the police force have given up the search for Scarlet's grandmother, Scarlet is determined to find her, believing that her grandmother was kidnapped rather than ran away. She meets a man named Wolf at work, where her living situation is turned upside down after she pronounces her belief that Linh Cinder was innocent. The road is long and hard, but Scarlet WILL find her grandmother by any means possible.

This book is an amazing read for those who interest in fantasy, a mix of science fiction, action, and romance. Just like the first book "Cinder," "Scarlet" is just as amazingly written as its predecessor. As part of "The Lunar Chronicles," this book continues to show the readers more about the world, and begins showing the secrets of the main characters and antagonist.

The books is exceptional with its characters, chapters, and conflicts. It makes sure that all action is balanced and realistic. Some parts of the story were predictable, such as the romance, but the obstacles the couple faces, along with the conflicts with everyone else are unpredictable enough to make the story interesting. The main characters are relatable, yet so unique. This story, along with the rest of the series, is one of the best books for excellent fantasy and storytelling. 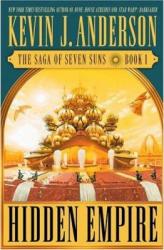 Hidden Empire is the start to the "Saga of the Seven Suns" series by Kevin J. Anderson, an author of dozens of Bestselling and award-winning sci-fi books. If you haven't heard of Kevin J. Anderson, it's probably because a great deal of his writing is done for other pre-existing franchise licenses (Star Wars, Dune, movie novelizations, etc...) where the author’s name tends to less noticed. Having had no previous familiarity with the author myself, I took a gamble on this one when I passed by his publisher’s booth at Denver Comic Con, and had a bit of money still burning in my pocket. I've been pleasantly surprised and now that I’m 3 books in, I think the series is holding up fantastically.

Hidden Empire tells the story of human ingenuity turned reckless by greed. When the Terran Hanseatic League ignites a gas giant into the first man-made star, they awaken a slumbering threat, and inadvertently start a war that threatens to destroy all of human civilization. The enemy is ruthless and unimaginably powerful, and worse yet, the various factions of humanity are divided by their own conflicts and prejudices.

Saga of the Seven Suns is a classic space opera of galactic proportions with a close focus on its characters. It skips the focus on justifying realistic technology that is common in "hard" sci-fi, and though the plot revolves around a war, it is not "military" sci-fi either, in that it's less about space marines and more about xeno-archaeologists and politicians. This is a people-centric story all the way, with the spotlight on the struggles of the individual characters as they each try to navigate the webs of intrigue, conflicting cultural values, and ancient secrets that surround them. Think the grand scale of Star Wars mixed with the plot style of Game of Thrones, featuring a varied cast of Point-of-View characters whose stories conflict, intersect, and illustrate the plot from different perspectives.

Speaking of Game of Thrones, did I mention that this 7 book series has already been completed and fully published? You get all the thrill of binge-reading a sweeping saga that will keep you entertained for months, without have to wait around for 5 years for the resolution to that torturous cliffhanger! There's also a handy glossary at the back of the book to help you keep track of the different people involved in this intricate story.

Note: This book is not to be confused with Hidden Empire by Orson Scott Card. While Card's name is likely more recognizable, Anderson's book was published 2 years prior. 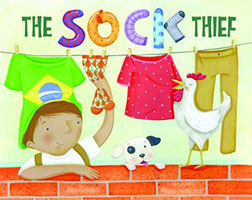 My daughter and I really enjoyed this book, which was written by a local author. We learned about Brazilian culture and the role football (soccer) plays in various world cultures. Well written and illustrated, we definitely recommend this book!

Rock the Kasbah is an entertaining book written by a Colorado Springs local author. Marie and her family lived in Morocco. This book had me laughing out loud more than once. It is personal and touching and brutally honest. I highly recommend it. (p.s. It may not be for the faint of heart)

The Ledge: An Adventure Story of Friendship and Survival on Mount Rainier

Absolutely amazing! This is not at all the type of book I usually read, but the author is going to be coming to speak at our library so I wanted to learn more about him. I could NOT put it down (even thought it was about 12:30 a.m.)! Will be highly recommending this book.

I read the first book and it was slow, but the second one was fast and fun! I couldn't put it down. I LOVED it! The new characters are funny and creative. I can't wait for book 3 to come out.

This was an interesting book. I liked that it takes place in Colorado Springs. Nancy Saltzman is a very resilient woman. I'm not sure I would have the kind of strength she had if the unthinkable ever happened to me. I guess I was expecting more of a direct 'how to' on grief and loss, but instead the book was more of a teach by example. That's not a bad thing, just not what I was expecting.